The Bandung Institute of Technology Alumni Association (IA-ITB) in collaboration with the Embassy of the Republic of Indonesia (KBRI) in The Hague and the Indonesian Energy Academy (ECADIN) again held a series of activities for the Indonesia-the Netherlands Technology Partnership Forum (INTPF). The forum which aims to advance technological cooperation in the field of renewable energy between the two countries is now entering the 2nd webinar series with the theme “Ocean Energy”.

This event was hold on Saturday, 5 June 2021 online from the Netherlands and Indonesia. Opened by Gembong Primadjaya as chairman of IA-ITB, this webinar featured speakers Djoko Siswanto from the National Energy Council (DEN), Frits Bliek as CEO of Ocean Grazer B.V., and Ahmad Mukhlis Firdaus from ITB.

The Ministry of Energy and Mineral Resources (ESDM) identified at least 417.8 GW of potential renewable energy sources. However, only 2.5% have been used. This gap should be an opportunity for Indonesia to pursue its energy mix target of 23% in new and renewable energy (EBTKE) by 2025, which currently only reaches less than 11% of Indonesia’s total energy use.

One of the abundant EBTKE potentials in Indonesia is ocean energy. There are three types of marine energy potential, namely ocean waves, ocean currents, and ocean heat (OTEC). Currently the development of marine energy in Indonesia is still in the research and development stage, some of which are being developed on a project scale such as, Oscillating Water Column (OWC) in the southern waters of Enggano, Ocean Thermal Energy Conversion (OTEC) in North Bali Waters, and technology feasibility studies. ocean currents in the Alas Strait and the Sape Strait.

Offshore wind turbines have become the cheapest and most popular source of electricity generation today in many countries. But the challenge is the mismatch between supply, which is highly dependent on weather conditions, and demand. The electricity supply sometimes runs into a deficit or in certain circumstances even exceeds. For example, in Europe, wind and solar power generation capacity which has become the main choice often experiences excess supply in certain months which causes a deficit on the economic side.

With this oversupply, there are several options. First, the energy supply can be exported to neighboring areas. For the Indonesian context, this is in the form of inter-island distribution. Second, it can be done by means of energy storage “Energy Battery” which produces hybrid technology by combining wind energy and storage. Ocean Battery can be an alternative energy storage for supply security.

One of the strategic options for developing the electricity system in the future is an electric power system that is distributed through remote areas. About 17,000 islands in Indonesia still get a limited electricity or even have not received electricity. Ocean energy with local energy storage systems is a suitable technical approach for this strategy. In addition to the reliability factor compared to providing electricity supply centrally, this approach is expected to empower local communities more.

Apart from its technical feasibility, the challenge of developing marine energy is the socio-economic aspect. For example, considering the structure of Indonesia’s electricity market, the role of the state, especially the subsidy policy, is also key. The stakeholder’s concern regarding the development of EBTKE is the risk of increasing tariffs which will make it less affordable than conventional energy. The end will be related to the ability and political will of the state budget.

Meanwhile, from the perspective of private players involved in energy development, what is needed is regulatory certainty. The complaint that is often heard is that there are frequent changes in regulations. It is hoped that through this INTPF communication between stakeholders can be facilitated, especially with regard to cooperation in the development of EBTKE technology between Indonesia and the Netherlands 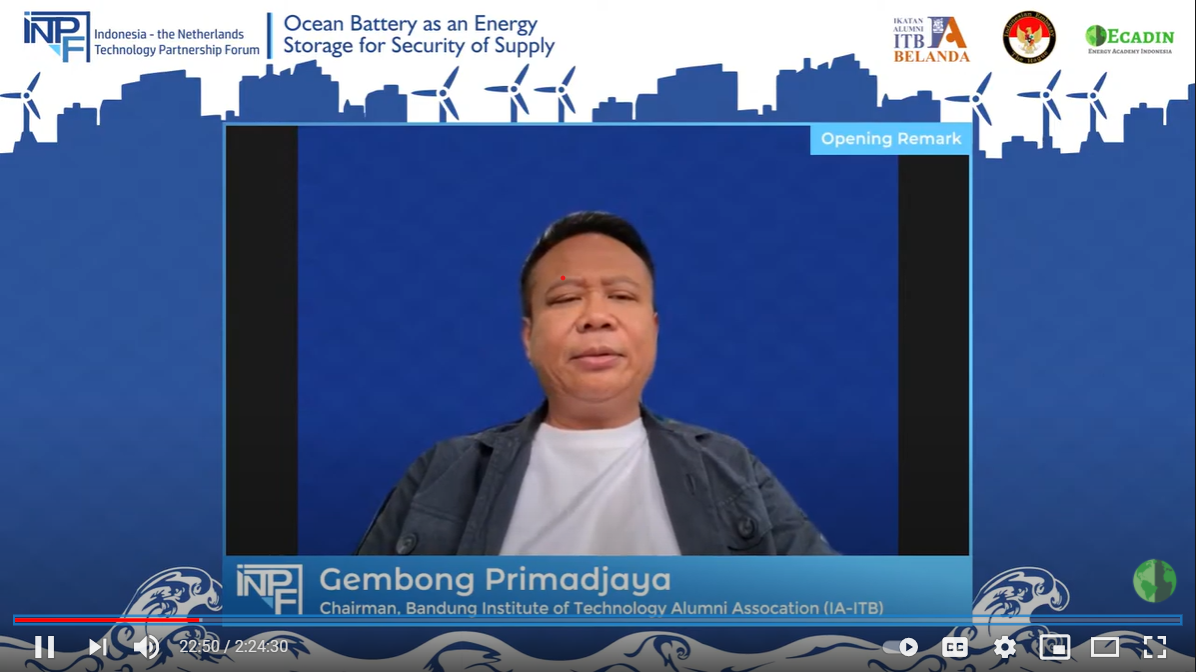 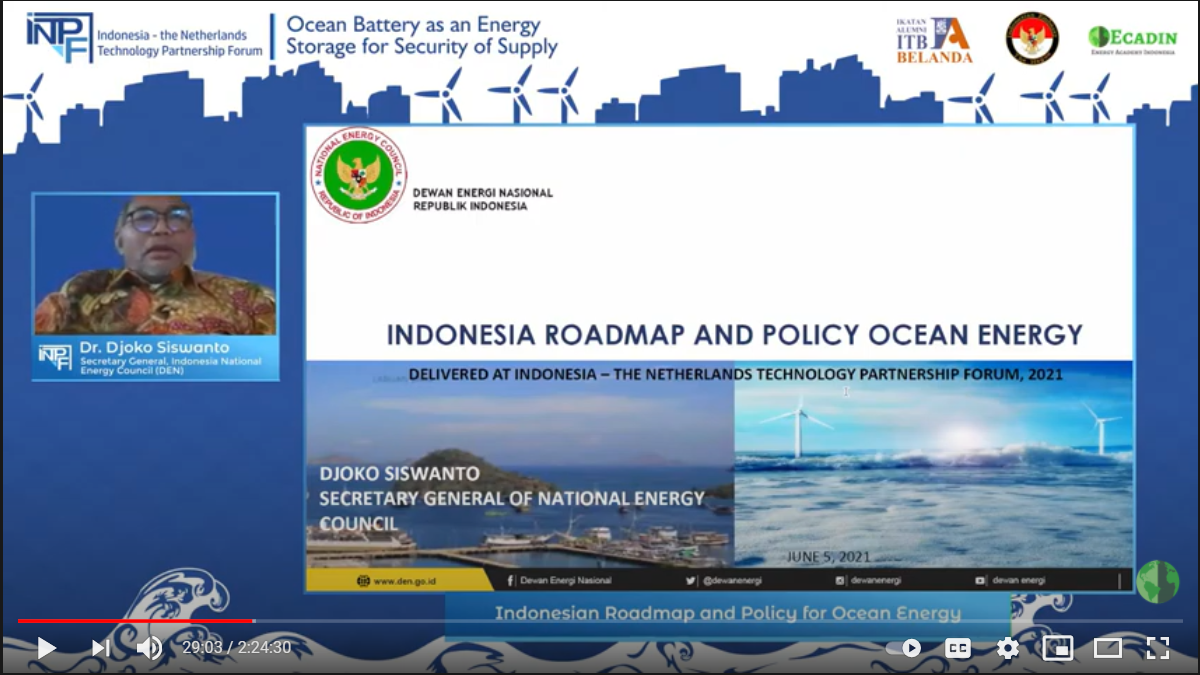 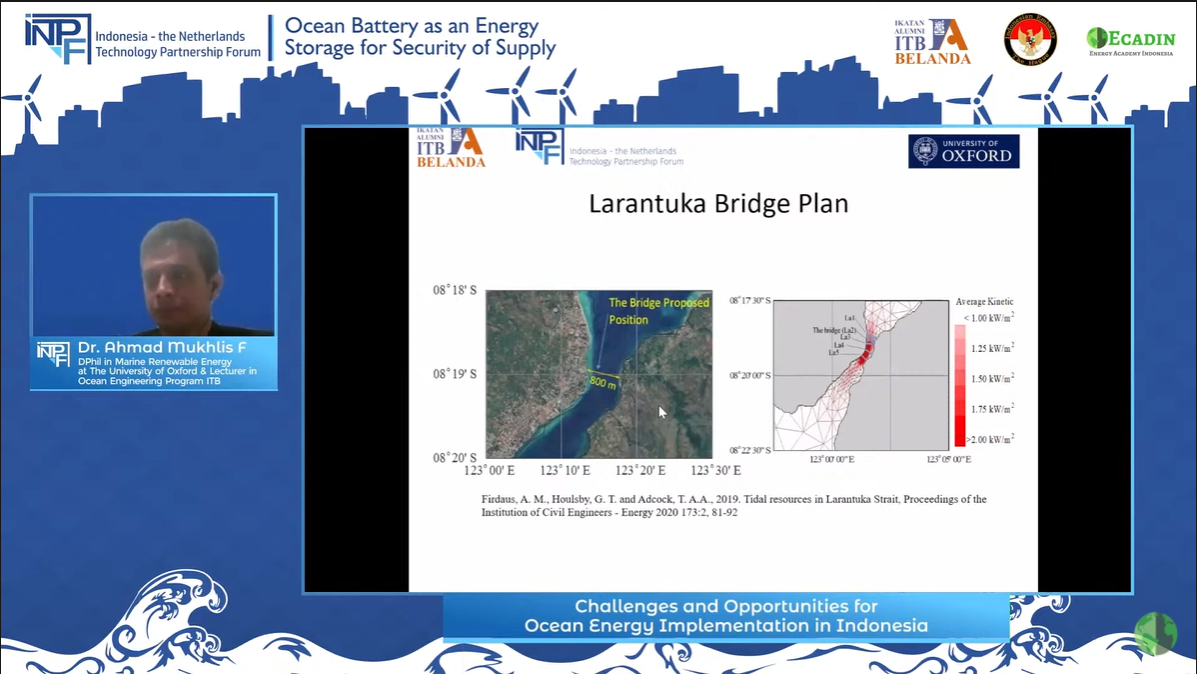 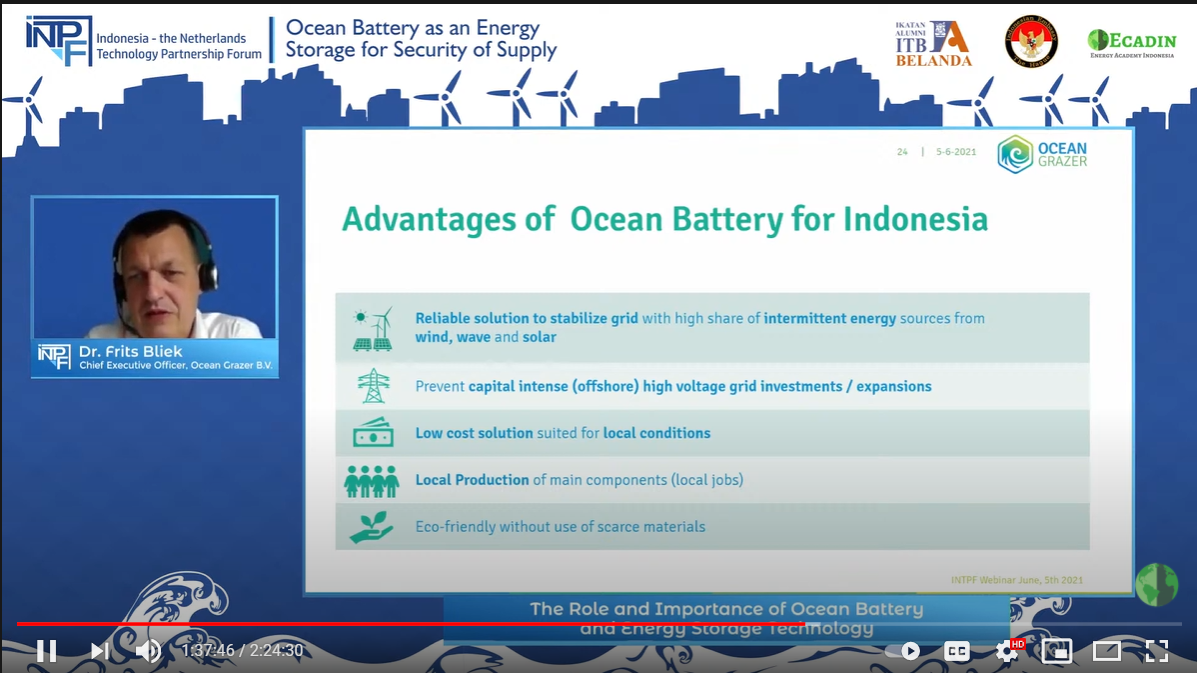 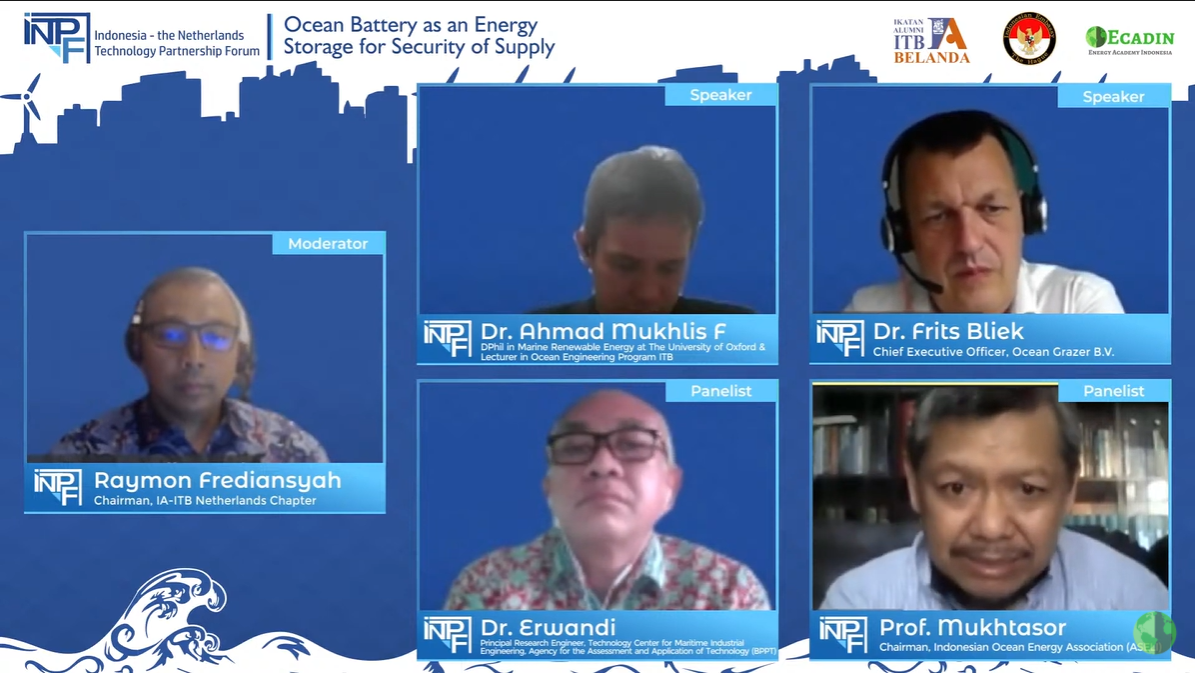